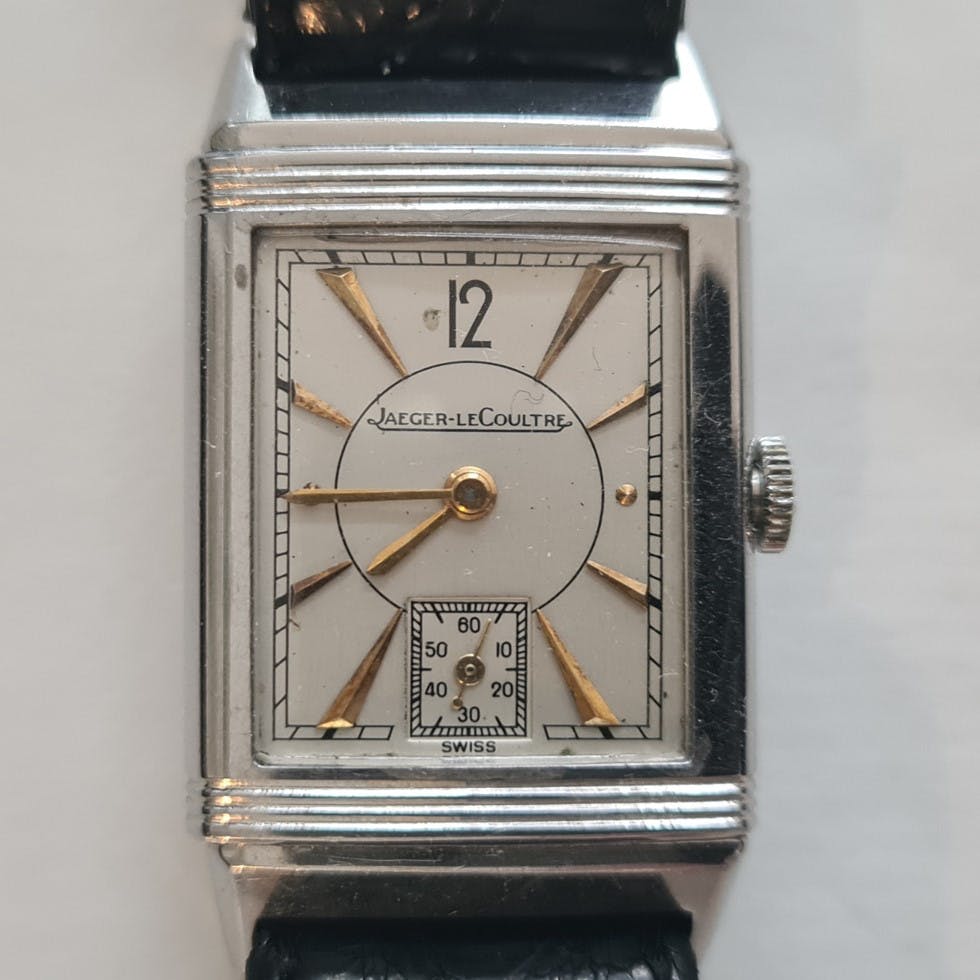 In 1931, one man’s specific need for a new piece of sporting equipment helped invent the largest and most popular category of watches sold today. The combination of a clever client, a talented case engineer, and a brave watch manufacturer led to the creation of a hit right from the start; the world’s first sports watch was the Jaeger LeCoultre Reverso.

The rectangular shape, beautifully proportioned case size, and turn over mechanism means it stands out from its round and square peers. This week’s blog post will explore the origin and design of this fantastic timepiece.

Sports watches are one of the most common types of watch. We did a deep dive into the category here, and have talked in depth about Diving watches, Explorer watches and held a virtual showcase earlier this summer. Despite this wide coverage, we never mentioned the sport that led to the creation of the Reverso; the so-called Sport of Kings, the sport of Polo.

Polo is a sport involving two teams of four horse riders competing to use mallets, or sticks, to hit a ball through an 8 metre wide goal at one end of a large field. It has been played for over 2000 years and was seen as an ideal game for horse riding soldiers to play to practice their skills on a horse.

César de Trey was a Swiss businessman who was also a passionate watch collector. When he heard about this interesting demand from these athletic army officers, he knew where to go for help. Jacques-David LeCoultre was the head of the famous LeCoultre watch movement company, a large and successful Swiss watchmaker founded way back in 1833. He had good relations with Edmund Jaeger, a high-end watchmaker in France. Together they asked engineer and designer Alfred Chauvot to solve this problem.

Drawing from the original patent for the Reverso case in 1931, showing the moving case mechanism

The solution was both clever and elegant. Chauvot produced a case that had multiple parts. It meant that the whole watch could be turned over, protecting the glass inside another steel outer case. If anything were to knock the back of the watch it would only hit the steel case back. The rectangular design and simple dials of the first models were a perfect reflection of the Art Deco style that had taken over Paris at that time.

Every Reverso watch body can flip within the outer steel case.

The company soon found it had a hit. Selling at first under the Tavannes and LeCoultre name, the company combined with Jaeger to produce the Jaeger LeCoultre Reverso from around 1934 onwards. Its practicality and high-quality movements, or mechanisms, from LeCoultre, made for a very popular watch.

Fashions change and the watch fell out of style in the 1950s and production ended. The company reintroduced it for ladies in the 1980s and then in 1991 relaunched it for men. Since then they have offered a large variety of designs, made it more water-resistant, and included many fascinating functions, or complications. Today you can buy two different sizes for men and women, and in recent years Jaeger LeCoultre has designed the watch to be seen as a dress watch rather than a sports watch. It has many options and complications, comes with precious metals cases, and the options to engrave or create pictures using enamel on the back of the case. This option is very popular.

Reverso Tribute showing a miniature copy of impressionist picture Sunday Afternoon on the Island of Grand Jatte by Geroge Seurat, enamelled on the case back of the inner case.

2021 is the 90th anniversary of the Reverso. The company has produced a range of special editions to commemorate this milestone, in particular a beautiful red version, and an incredibly complicated version which even manages to have a function that predicts eclipses.

Reverso Quadtriptique showing all four dials and the complexity of the skeletonised movement.

We are big fans of the Reverso, and we love the distinct looks and Jaeger LeCoultre’s ambition to match classic styling with interesting complications all in a rectangular case. We at The Watch Collectors’ Club do not have a favourite dress watch, but love all the interesting options created by brands like Jaeger LeCoultre, who are as innovative and today as they were in 1931.

If you are interested in exploring classic watches from great brands like Jaeger LeCoultre, please join our next virtual Showcase on September 23rd at 06:30pm BST. If you liked this blog post, please tell your friends about it, and make sure you follow us on Facebook, Instagram and LinkedIn for more.

An Update on Club Progress September 2021