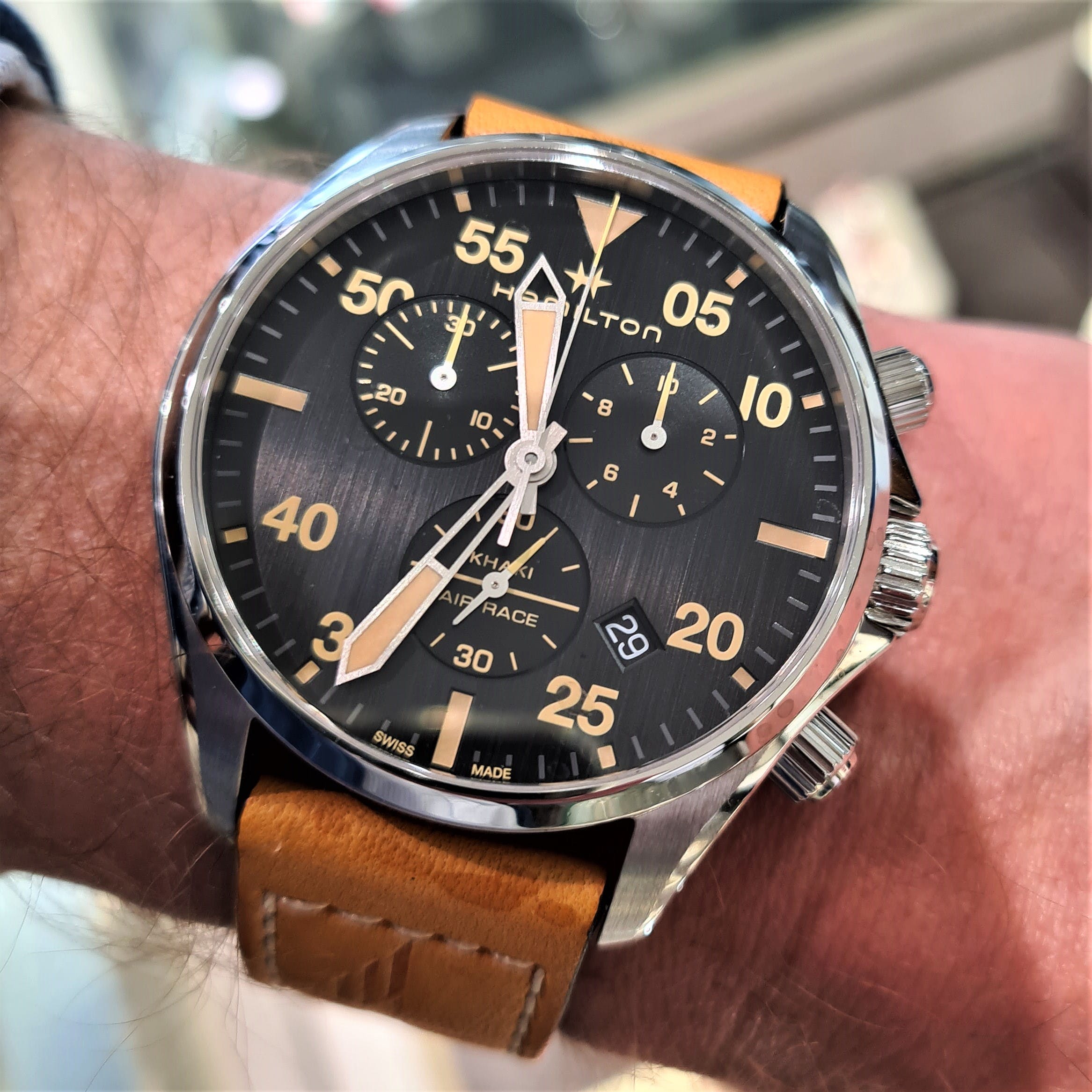 The history of Rolex is full of fascinating stories, including marketing stunts, technical innovation, famous owners, and dramatic adventures. One of the most remarkable is little mentioned and poorly researched, but is an example of Rolex’s amazing foresight and business acumen. Rolex sold watches directly to Allied Officers in German Prisoner of War camps and stated that payment need not be made until “the end of the war”.

The Rolex Ref. 3525 Oyster Chronograph bough by Corporal Clive Nutting while a Prisoner of War in Stalag Luft III

Rolex and Allied Prisoners of War

Rolex was remarkable in World War Two for two main reasons; they did not sell watches to the armed forces directly, and they chose a side to be on. While many Swiss watch companies sold watches to the armed forces on both sides to issue to servicemen, Rolex did not, with the notable exception of supplying movements to Panerai in Italy for the Navy Diving Squadron. Rolex began the war continuing to sell watches around the world from Neutral Switzerland. In 1942 exports from landlocked Switzerland became much more difficult, and Rolex turned to an enormous “captive market” sitting on their doorstep in Germany: Allied Forces' prisoners of war.

While Rolex never had to pick a side, it is notable that they clearly advertised to Allied PoWs in camp newspapers. In their advertising in the US, particularly later in the war, the copy used signified hope for an Allied victory. This one in particular is interesting:

A Rolex Christmas ad from 1944

Rolex and The Great Escape

The most famous Prisoner of War story of World War II is that of “The Great Escape”, an escape attempt made by 76 men from camp Stalag Luft III in 1944. While the film of the same name dramatizes the story, the remarkable tale is best explored here. The watch above belonged to an English Corporal, Clive Nutting, who did not make the escape attempt, but like 600 other men in the camp, was involved in the preparations. Using his skills as a cobbler, or shoemaker, he provided civilian style boots and shoes for those expected to escape.

It is remarkable that the Germans allowed these watch deliveries, despite taking all other watches from servicemen when they were captured. Many of these watches proved invaluable over time for escape planning. Who knows if this example was used to help plan The Great Escape?

He received his watch in August 1943, and his family kept all the correspondence from Hans Wilsdorf, which was very similar to that pictured below. Note the amazing phrase "You must not even think of settlement during the war."

Letter from Rolex to two Prisoners of War in a German Camp: "You must not even think of Settlement during the war"

This incredible watch is unusual for a Rolex. It is a Chronograph, or stop watch, and was a premium complication sold at the time, much more expensive than their core range. It is called a “Monoblocco” due to what is known as a Monoblock case. This is a case made so that the bezel, or dial surround is made integrated into the case body. This style of case design is usually only reserved for the toughest styles of watch, so we can clearly see its appeal to someone in the middle of a Prisoner of War camp! The black dial and luminous hands were also very common at the time as black dials do not reflect light. Many watches today share this essential feature often found on military issued or military style watches.

Military issued watches remain a fascinating area for collectors to explore. While many of them share similar styling, few of them share as dramatic provenance, or history, as those issued to Prisoners of War. So far, it appears four have come up for auction in the last 20 years, and all have proven newsworthy, more can be found at the bottom of this article on the Nutting watch for those interested.

The CEO of the Watch Collectors' Club own WWII issued Watch, part of the so-called "Dirty Dozen". Manufactured by Jaeger LeCoultre

We at The Watch Collectors’ Club collect all different kinds of watch, and are also story collectors. Tales such as this one highlight a century of fun stories connecting watches to their owners, and it's fascinating hearing about them many decades later is. What stories are being made with today’s watches? What is the best story connected to a watch you own? We exist to help our members share their stories about their watches, and we are always interested in hearing yours. Check out our Events page to find out where you can come and share stories with us.

A Short History of the Chronograph