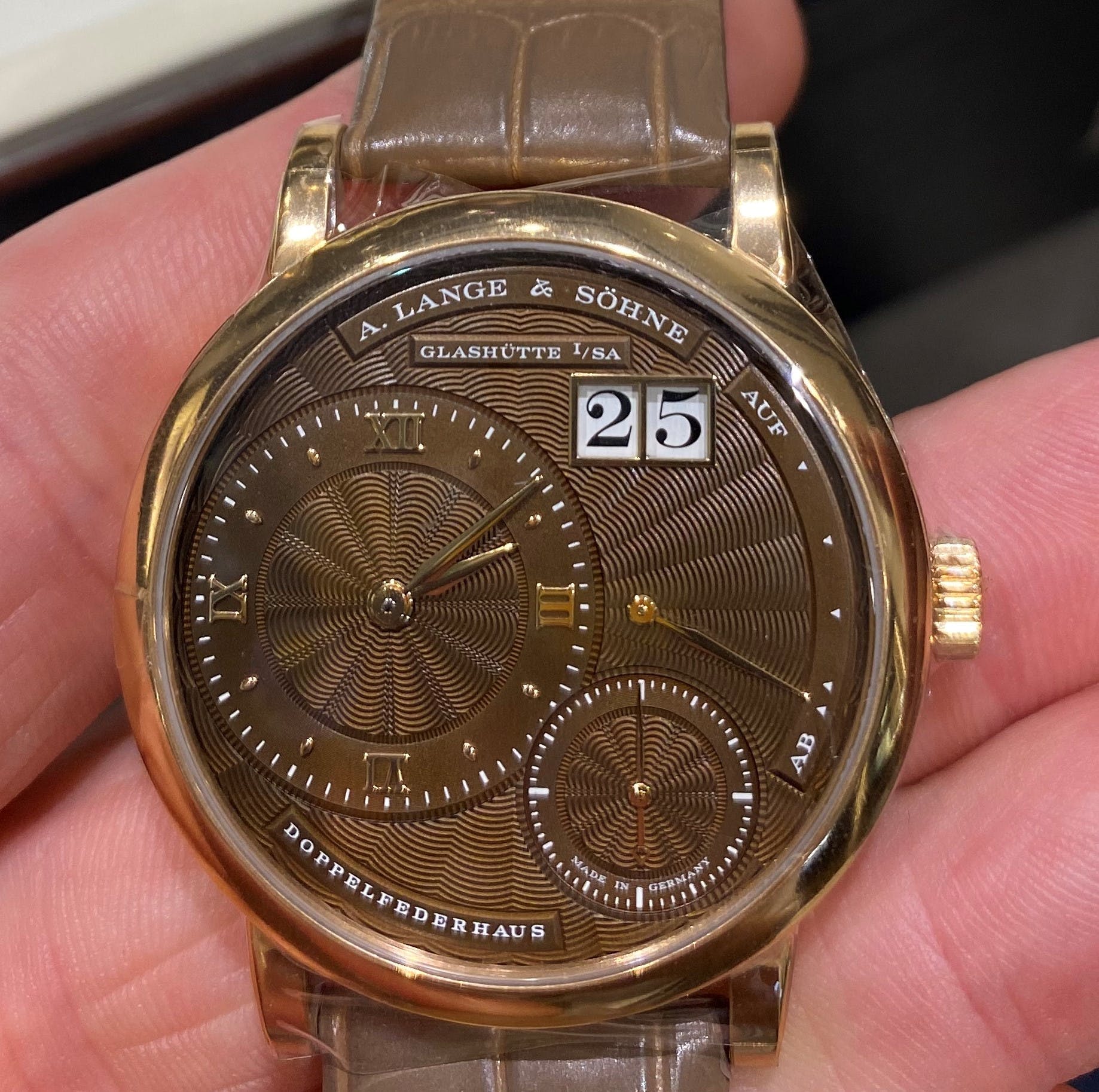 Despite all the fantastic watches we have covered recently, we haven’t touched on the many beautiful timepieces that come out of a tiny German town with a turbulent history. Glashütte has been a centre for watchmaking since the mid-1800s and the companies and craftsmen based there suffered through an incredibly dramatic 20th century. Since the 1990s there has been a glorious rebirth.

The resurrection of two brands in particular, A. Lange & Sohne and Glashütte Original, now owned by Richemont and The Swatch Group respectively, have powered this small city to global fame.

The story of Glashütte watchmaking

Glashütte is a small city in the state of Saxony in the far East of Germany. The area was famous for mining, but when the ore ran out in the early 19th century, poverty increased sharply. In nearby Dresden, a centre of regional trade for centuries, the court watchmaker saw the opportunity to subsidise manufacturing in the hilly region around the village of Glashütte. This man was F. A. Lange, and he believed that recreating the Swiss model of watchmaking could be tried, creating jobs in the process.

Training farmers and underemployed workers to create watch parts, and specialise in individual components to be assembled centrally was key to Swiss success, and this is what was recreated in Saxony. Astonishingly, it worked. F. A. Lange’s vision and dedication in training a whole new workforce saw him end his life a hero in the region.

The Mountains of Saxony, East Germany

By the start of the 20th century, the town was producing thousands of watches a year, A. Lange & Sohne and Union were producing very high-end timepieces that included the most complicated functions possible. By focussing on quality, precision, and even inventing new tools to work with, the village had become a city and was rivalling Switzerland in production standards.

The First World War, the global depression of the 1930s, and the changes in technology during the move from pocket watches to wristwatches hit Glashütte hard. Many of the watchmaking companies changed hands, but production continued. Nothing however could compare to the disruption caused by the Second World War. In an incredibly unfortunate incident, the Soviets heavily bombed the city on the 8th of May 1945, the day before Germany surrendered.

Having moved to watch and instrument production for the war effort, the end of the war saw the town deep in Soviet Union Territory. The establishment of the Republic of East Germany and the imposition of Soviet systems saw much of the remaining equipment moved to Russia and that which remained combined into a national watchmaking company.

In 1989 the Berlin Wall fell. One of the first people to rush back to the area to restart watchmaking was none other than the great-grandson of F. A. Lange, a man called Walter Lange. His vision was to rebuild a high-end watch company from scratch. In 1994 they achieved this by launching four startlingly original new watches all based on designs from the Lange archive.

That these watches were so good and from a small town with such a complicated past shocked the watch world. Since 1994 Glashütte has gone from strength to strength. Another early returnee was Roland Schwertner, who had family ties in the area. He founded Nomos focussing on simple designs and creating as much as possible themselves. Manufacturing in Glashütte, they’ve created award winning designs since 1992.

Today many brands operate in Glashütte and the city is a place of pilgrimage for watch lovers and watchmakers. The focus on the high-end of the market has led to incredible technical breakthroughs, and in-house movement development has meant that innovation has flourished despite the town’s small size.

We at The Watch Collectors’ Club do not believe there is a best brand or watch from Glashütte, we enjoy the fact this renaissance of watchmaking has led to such fantastic timepieces. We encourage you to explore these brands when you get the chance. As we covered in our recent series on Microbrands, many corners of the world now produce fantastic watches, and exploring them is what we are here to do.

Please join us on Thursday 23rd September at 6:30PM BST to discuss Glashütte and other brands at our Virtual Showcase event. Just reply to this email to get the Zoom details. If you liked this introduction, please tell your friends, and please make sure you are following us on Facebook, Instagram and LinkedIn.

A Short History of the Chronograph