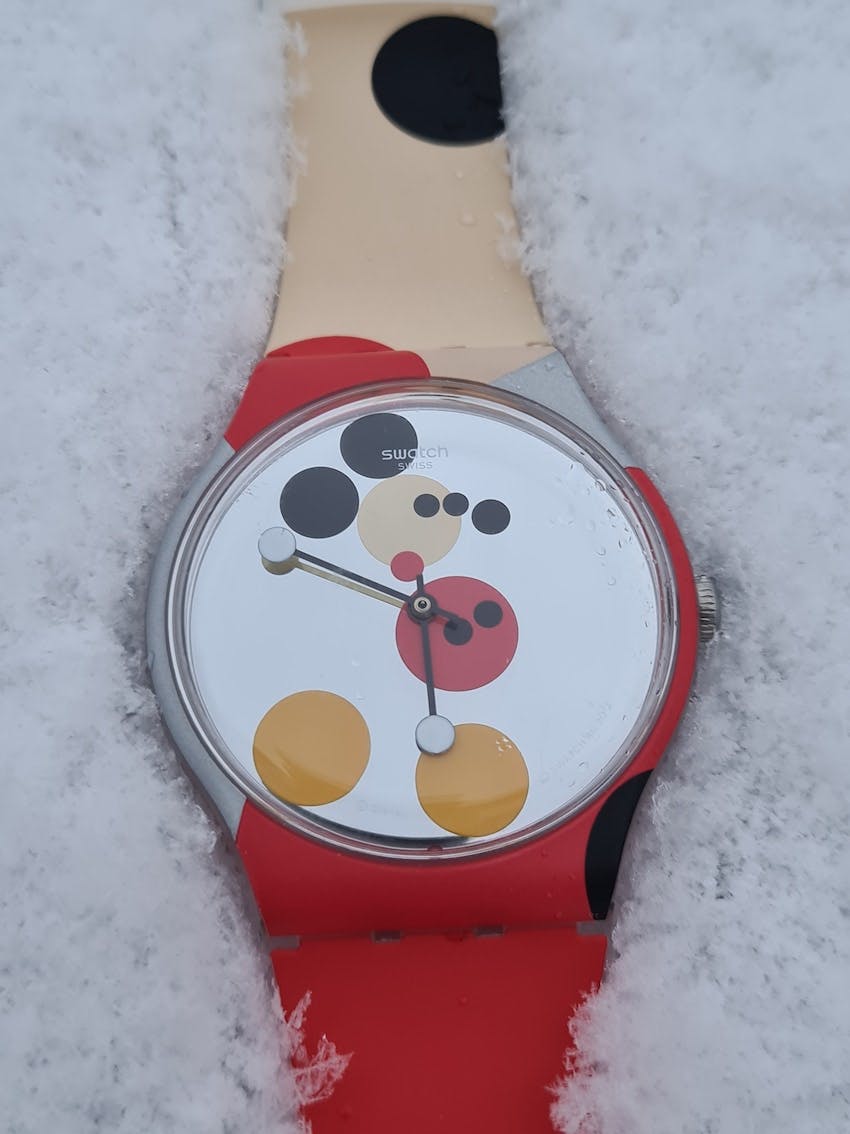 On Sunday we held an event that showcasedthevariety ofwatchdials that you can find. It was a great talk, attended bywatchlovers from aroundtheUK.
Like all of our events,thediscussion covered a wide range of topics which we want to share with you.

Hamish, our CEO, showedtheattendees his Universal Geneve Uni-Compax. He particularly likesthepatina, or aging, ofthedial.Thepattern ofthepatina suggests that it was potentially caused bacteria, rather than sunlight, which is more common.

Stuart shared his Dan Henry 1939 Chronograph with the group. It is an homage to the watchstyle used by military pilots in the 1930’s rather than a homage to a specific watch. The watchis unusual because it has a telemeter, used to measure distance, and a tachymeter, used to measure speed, at the centre of the dial. Thecaseback contains lots of scales to help thewearer use both of these functions.

Ed, the co-founder of The Watch Collectors Club explained his Mido Oceanstar Decompression Timer. This is a reissue of a watch Mido made in the 1961 called thePowerwind 1000. The dial is printed with a very colourful decompression timer. This is used to calculate how long a diver has to wait underwater to let nitrogen leave the body and avoid the bends at the end of a dive. A great summer watch!

Stuart talked about his Rolex Airking 116900, which he described as a polarising watch. This model took design cues from the dashboard clocks that Rolex made for the Bloodhound project’s attempt at the land-speed record. Stuart particularly likes that the watch seems to have been assembled using key components from other Rolex watches. It is the only Rolex where the name Rolex is printed green, and the coronet is printed yellow.

Michael talked through his newest watch – an Avi-8. He’s an amateur pilot, which attracted him to this watch. He showed us some unusual details on thedial: a 10-minute timer, miniature screws around all of the apertures, or windows, on the dial, and clear aeroplane instrument design.

Natasha showed her Audemars Piguet Royal Oak to the group. She loves the simple white dial, which makes the watch very easy to read. The hour markers are white gold, and the 12thhour marker is replaced by a white gold AP logo. The dial pattern is called tapisserie, which is a type of guilloche. There are plenty of details that make this watch very special.

Hamish concluded the show-and-tell by talking the attendees through his Mickey Mouse X Damian Hirst Swatch. This is the latest in a line of limited-edition watches made by Swatch in conjunction with a famous artist. Hamish likes the combination of the world’s most famous living artist, designing something for the world’s largest watch brand using the most famous cartoon character. This watch has a very unusual dial – it is mirrored! This means that is changes colour, based on its environment, and is very striking in real life.

The Watch Collectors’ Club aims to make the watch world simple and accessible to our members, and these virtual events are a great way to explore the watch world. Our events are designed so that members can share their passion, and hopefully learn something interesting. Make sure to keep reading our weekly blog so that you don’t miss out on our next event.

If you know anyone who might be interested in learning more, or has some great watches to share, please let them know about us. Communities are always better when they have lots of members.

Event Round-up - The Watches We Saw