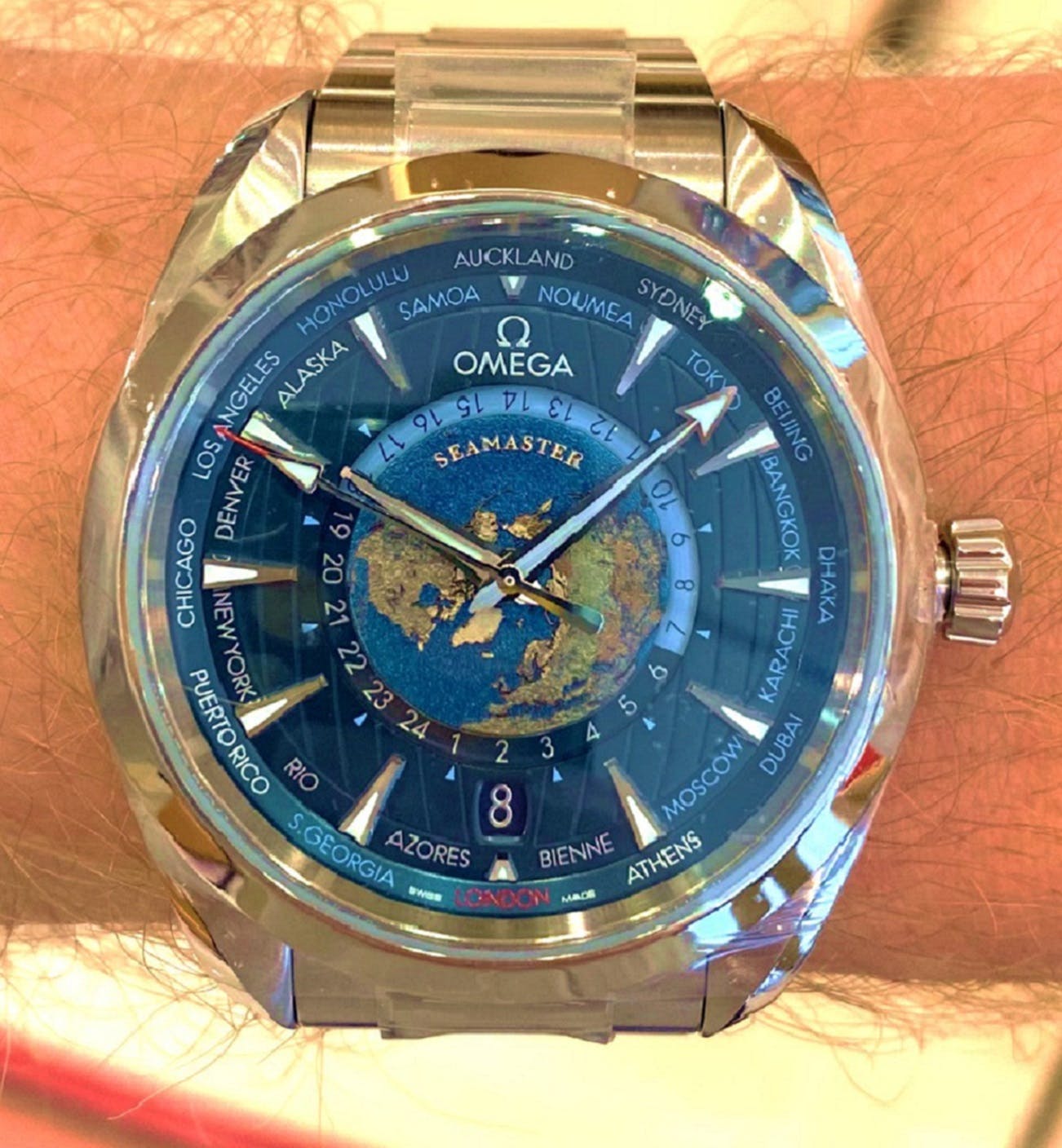 Last week we looked into the watches James Bond wears in the films. Since 1995, they have all been from Omega, one of the largest Swiss watch brands currently owned by Swatch Group. In particular, they are a series of Omega Seamasters, which is Omega’s range of tool watches designed for diving. Whether or not people use them for diving, the factors that make a great dive watch remain popular. Tough cases, clear dials, good waterproofing and a bezel or outer ring for timing all make these watches very useful.

Omega is one of the oldest and most prestigious watch companies in Switzerland, and so was able to celebrate its 100th anniversary way back in 1948. It did this with the launch of the Seamaster as a waterproof automatic watch. It was designed to compete with Rolex’s hugely successful Oyster Perpetual, and incorporated technology invented in World War II, namely rubber gaskets. Seeing their use in submarines, adding a rubber gasket inside the watch case much improved the sealing regardless of the case design. They are still in use today to seal your watch.

In this amazing test of exposure to the cold, Omega strapped a Seamaster to the outside of a plane as it flew over the North Pole. The amazing photo is from the Omega website here.

There are many hundreds of Seamaster models from the last 70 years. In 1957 the company moved to take advantage of the boom in the sport of scuba diving by releasing the 300 Professional. When first released it could withstand water depths of 200m, however now it can easily withstand 300m.


The Most Unusual Seamaster, the Ploprof

To keep up with ever increasing depths that people wanted to dive to, Omega worked hard to improve their technology and make their watches safe in very very deep water. In 1970 they produced an extraordinary looking watch, the Ploprof 600. The name comes from the French for diver: “Plongeur Professionel”.

This was followed by models rated to 1000m in depth, and today’s version can go as deep as 1200m. The unusual shape is entirely for the benefit of divers, as the crown on the left-hand side will not rub against a diving suit, and it is protected by steel crown guards. This is an enormous watch, at 55mm across, and is definitely the most unusual Seamaster.

While vintage watches would not be safe to take to these water depths, all new watches are tested to past their official depth rating by Omega before they leave the factory, in a testing process we wrote about here. A very impressive accomplishment!

Today, the Seamaster range is huge. It contains the dressy Aqua Terra range, including the fantastic Worldtimer, a favourite of The Watch Collectors’ Club Founders. There is also the Planet Ocean, which includes chronographs, or stopwatches, for those in need of a tool watch, and a large selection of heritage models based on watches made in previous decades. The core of the range remains the Professional 300m, now also named the Diver 300m.

This is the same model that James Bond wears today in his latest film, however he wears a very special edition. The watch was designed in conjunction with the actor Daniel Craig, and the association with Bond is extremely important to the company. There are a few things to highlight that separate it from the rest of the range.

The No Time to Die Seamaster Diver 300

Firstly, it has a case and bracelet made of Titanium, not steel. Titanium is much lighter and stronger than steel and has a duller sheen to the metal, making it look less polished. There is a current trend for titanium cased watches that shows no sign of ending soon.

Secondly, there is a small arrow on the dial by the 6. This is known as a broad arrow, or more technically, a Pheon. This is to reflect James Bond’s character history. He was a Commander in the Royal Naval Reserve before becoming a secret agent. Since the Second World War, watches issued to their members have featured an arrow on the case back to signify their issuance.

Thirdly, you’ll notice the crown at 10 O’clock. This is found on all Seamaster Diver models and is a helium escape valve, for use when returning to the surface after very deep dives. There are different opinions whether this is a necessary function, and many other dive watches do not feature these as standard. It is very unlikely it would ever be used by someone diving recreationally with one of these watches.

Finally, you will see the unusually shaped hands, including the seconds hand which looks like a lollipop and has a red tip. These are based on vintage military hands and the red tip is supposed to help you use that hand for very precise timing. The overall colour of the dial and bezel, or outer circle, is a sort of black brown and the luminous material is also a special shade of creamy yellow. This is all to make it more military-looking and more “vintage”. This watch is a great example of the current and growing trend for reissuing watches made in the past and making watches strongly influenced by vintage styles.

We at The Watch Collectors’ Club have no favourites amongst the Omega range, nor amongst dive watches. We do feel that exploring the enormous back catalogue of Seamasters is worthwhile for watch lovers of just about any style. The current range is large, and as the No Time to Die James Bond model shows, it has plenty of variety too. If you want to explore both vintage and modern watches further, make sure you follow us on LinkedIn, Facebook and Instagram, and if you think friends will like what we do, please let them know!