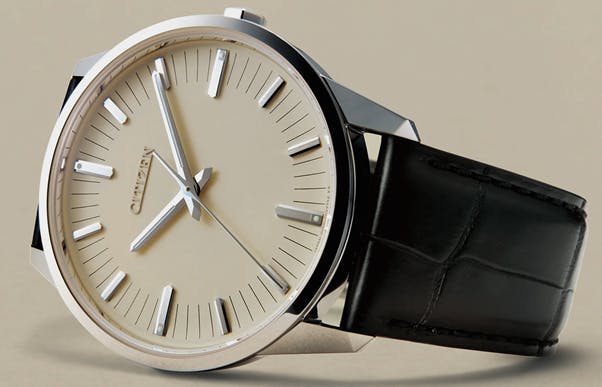 This month we have been looking at the world’s largest watch groups, covering the Swiss giants Swatch Group and Richemont here, and LVMH here. While these three groups sell the majority of the world’s high-end timepieces, and own some of the most famous brands, Japan produces both watches at the very high end and for the mass market. The two giants of Seiko and Citizen produce a large range of watches under their own brand, plus an enormous number of moments used by other manufacturers. This week we will focus on Citizen, for many decades the world’s largest watchmaker by volume.

An Introduction to Citizen Watch

The largest brand the company sells is the Citizen brand. This is a mid-to-low price mass-market brand, although there are sub-brands within it that sell much higher priced watches. While this can be confusing, but the range of models is large and they have worldwide distribution. You can find a watch for all occasions and uses. They cover just about every kind of watch and have a deserved reputation for efficiency and build quality.

Even more remarkably, Citizen can do everything itself. It has built the capacity to produce all the required parts, the electronics for the electrical watches, and the case and bracelet manufacturing. This vertical integration is unusual in the watch world but is common in Japanese watch companies. It also allows the company to sell movements and components in very large volumes. The sales of movements (the bit that makes the watch run), particularly for quartz watches, go to a huge number of different brands all over the world.

Despite being a mass-market manufacturer at scale, Citizen has been a technology pioneer and innovator of the highest order in the watch industry, especially for electronic watches. Their invention and development of the Eco-Drive, an extremely efficient mechanism powered by light, is at the core of their main brand offering and delivers an exceptionally reliable movement at a great price. Their obsession with improving the quartz movement, the workhorse of the watch world, has seen them achieve unrivalled accuracy.

Since the world of watch collecting is more focused on mechanical movements rather than quartz or electric watches, these achievements are often overlooked. This is a great shame, and we encourage you to explore further if you are interested, especially the story of the Calibre 0100, a movement accurate to 1 second per year.

As well as their own internally developed excellence, all of which is conducted in Japan, the group has acquired a selection of other brands that are famous and notable in their own right.

The largest is Bulova, a large American watch company that is extremely famous for developing electric watches in the early 20th century. There are decades of interesting watches from both a technical and design perspective to explore in the Bulova back catalogue, and fortunately many have been refreshed for sale today.

Bulova Accutron Spaceview from the 1970s

Alpina is another Swiss watch brand that has had a strong following and some famous designs for many decades. Today they specialise in Swiss made timepieces with a sporty heritage, at mid-range price points.

These two brand names are very old, but the companies that have resurrected them are relatively young and have been owned by Citizen since 2013. They specialise in hand-made, complicated wristwatches, with a focus on design and engineering excellence. Arnold & Son watches often contain unusual designs of complicated functions, such as a Perpetual Moonphase, while Angelus focus on interesting Chronographs, or stop watches. They only make and sell a few hundred watches a year, but their technical expertise is admired both within Citizen Group and across the watch industry. Citizen Group has used the design expertise from this organisation to launch a new high-end watch brand in Japan called Campanola.

Miyota is not a watch brand, but a movement manufacturer. From 1986 until recently it was the largest movement manufacturer in the world, and rather wonderfully has a Guinness World Record for the highest number of the same movements manufactured; they produced over 1.7 Billion Calibre 2000 Quartz watch movement in the 1990s! Today they supply a range of mass-market movements to watch companies all over the world.

The benefits of buying from Citizen Watch Group

Our earlier exploration of Swatch Group, Richemont and LVMH talked about the benefits of integrated watch manufacturing groups able to share technology, expertise, and distribution across their brands. This is true for Citizen, and Citizen is even larger than the other three in terms of watches sold. This means you can get your watch serviced more easily, and simply see many more watches in stores close to you. Their massive manufacturing footprint means they can produce high-quality timepieces at reasonable prices, and their Eco Drive range is a fantastic example of this. At the High end, they are a leader in movement design and innovation, and the industry is better off for it.

We at The Watch Collector’s Club do not favour particular brands, styles of watch, or watchmaking groups. We love exploring all kinds of watch, understanding how these fantastic timepieces are created, and what makes good value for money. This short exploration of Citizen has shown that there are many fantastic options to explore across the Brands from this large watch group. If you enjoyed this Blog Post, please make sure you follow us on Facebook, Instagram and LinkedIn, and please send it to any friends who may be interested.

How To Buy A Watch In A Store

All you need to know